Skip to the content
Home / Social / Title Feature / Indian Society: First priority for women should be the role of parenting and family. 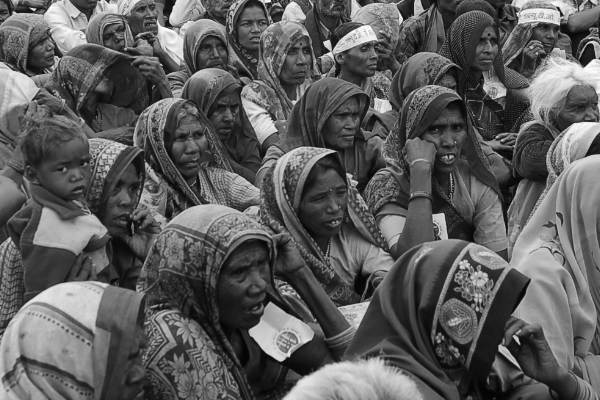 Some study suggests, that the role of women in India is changing from homemaker to corporate owners. The structure of workforce has too changed as more and more women are encouraged to workplace. (1) (2) (3) According to WEF report there are only 9 percent of female participation in ownership within Indian firms. (3) The impact of society also influence woman to contribute within the workforce. Most of the times for women, our society increases the burden. (4)

According to some study, the position for middle class Indian women are worse. Situations like low financial independence, discouraging in decision making process, expectations of multiple responsibilities, family status, harassment at work place etc. (5) restrict women’s participation in revolving around home. Also, study suggest that around 46 percent of women works at entry/bottom level position but none or less than few of them make to top level management. (6)

According to International Labour organization (ILO), as the Indian economy grew, the female participation in workforce declined from 35 percent to 25 percent between 2004 to 2012. (7) The number of women quits the job in this period is around 19.6 million. (8) Today at least around 70 percent mangers and leaders are male in organizations, (9) as a result the viewpoint of men against women’s role as workplace contributors are important.

Shockingly a study by Ipsos Global Trends Survey 2017 reveals that around 64 percent of Indian thinks that the main job of women is to be good mother and wives. Apart from women working outside home, society views women as accomplished mother and wives in a primary role. (10) (11) In India culture play an important role in long encourage early marriage which results around 76.7 percent of Indian working women are married. (12) Not only Indians, four in ten Americans too believe that women’s role is as mother and wives. (13)

A study was conducted from the sample of 637 respondents from urban (Kolkata), semi-urban (Hooghly and South 24 Parganas) and rural (Bardhaman and South 24 Parganas district) population in West Bengal. They were asked to provide their opinion on whether they think that the first priority for women should be the role of parenting, and family. The respondents were within the age group of 25 – 50 years and middle class (family income Rs.10,000 to Rs.35,000 monthly) from 20th July – 9th Aug. 2017. The following shows the distribution of data:

Below are the results received from 637 respondents:

From the total responses from 637 respondents, 571 or 89.64 percent have agreed and 40 or 6.28 percent have disagreed that the first priority for women should be the role of parenting, and family. Rest 26 or 4.08 percent responds maybe (not sure). The below table describe the overall responses:

From the above table it is clear that most of the people (89.64 percent) in West Bengal agrees that the first priority for women should be the role of parenting, and family. Moreover, the difference between urban and rural are only 8.88 percent. Also, most of the people from urban prefer most women to revolve around home than from sub-urban (0.63 percent difference between sub-urban and urban preference – yes). Moreover, according to table 2, most people from sub-urban want to see women in contributing towards workforce that in urban or rural.

The mindset of Indian society is one the key contributor for keeping women out of workforce due to various pre/misconception about working women. (5) The domination of men at workplace also sometimes restrict women to explore and share their ideas among colleagues. (14) Also, recent increase in woman workforce from sub-urban to urban has gradually increased which results to run ladies special local train in Kolkata, Mumbai etc. (15)

Previous: Impact of Organization’s Fraud on Employee
Next: India: Threatens by Learning Crisis