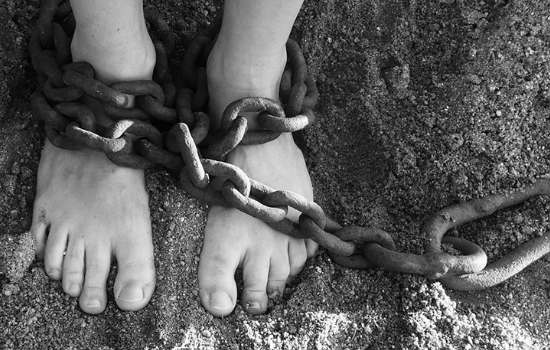 It all starts when you are asked to work for long hours to complete project without any extra benefits. And gradually it repeats day after day. Modern slavery is so invisible that it is impossible get detected. Around 25 million people around the world are victims of force labor exploitation in private sectors out of which 71 percent are female. (1)

Estimate suggests that around 18 million people were in forced labour in the private sector in India in 2016 out of which 9.2 million or 57.6 percent were female and rest 6.8 million or 42.4 percent were male. Around 51 percent of these were in debt bondage and forced to work in agriculture, domestic work and manufacturing etc. (1)

The Indian Government has taken the problem seriously and drafted various policies for labour and workers.

The Constitution of India prohibits forced labour and considers it an offense punishable under the law. State can however impose compulsory service for public purposes. (3)

Workers have the right to change jobs after serving due notice. For more information on this, please refer to the section on employment security. (4)

Working time may be extended beyond normal working hours of forty-eight hours per week and nine hours a day. In certain circumstances, workers may be required to work overtime. In allowing the spread over of 10.5 hours every day, law actually allows for two hours of overtime work per day. (5)

However, poor enforcement of labour laws and its under-resource police and judiciary means only few victims are provided support and fewer are perpetrators are punished. (6)

Previous: India… a hope for pollution free environment
Next: Impact of Organization’s Fraud on Employee