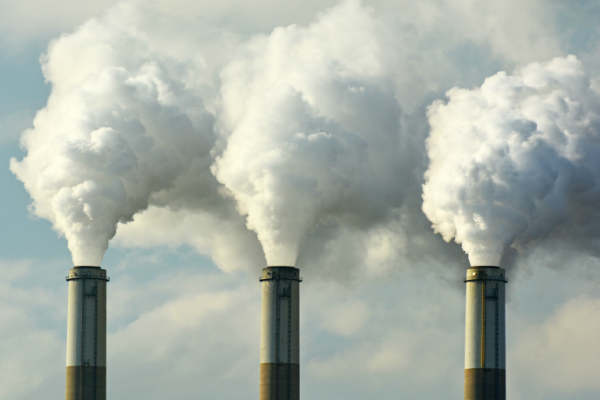 Recent emergency declaration made by Indian Medical Association that Delhi is suffering from pollution emergency as the pollution rises to nearly 45 percent more than Beijing, China with some recording an Air Quality Indel (AQI) maximum of up to 999. (1) In 2016, the World Health Organization (WHO) have put 10 Indian cities on the list of world’s most polluted cities. (2) The city’s high emission from cars, road dust and industries waste are the key contributor to this situation. Also, rural places are not far behind as burning of agriculture wastes, wood, charcoal etc. adds toxic and unburn carbon particles into the atmosphere.

In 2016, Environment Performance Index ranked India 141 out of 181 countries surveyed and suggested that more than 3.5 billion worldwide people are exposed to unsafe air quality out of which 75 percent are Indian population. (3)

According to Lancet Commission on Pollution and Health, around 1.09 people died in India due to air pollution in 2015. Also, strong association have been found between increase in heart disease, stroke, lung cancer and Chronic Obstructive Pulmonary Disorder (COPD) etc. and air pollution results increase in financial cost. Centre for Science and Environment suggests that number of cars in the city have to decline immediately. (2)

Indian government have recently taken initiatives to educate the importance of pollution free environment. But the recent increase in vehicles on road and use of unlimited electrical appliances have just made it worse. Hence, a study was conducted from a sample size of 286 respondents from Kolkata, West Bengal, within age group of 35 to 50 years from 3rd Feb. to 22nd Mar. 2018.

The following were the responses received from the sample:

More than 40 percent of respondent in Kolkata thinks that the main cause of air pollution was for motor vehicle, while industrial/ manufacturing contribute 33 percent.

More than 98 percent of respondent thinks that air pollution in Kolkata was affecting their living.

More than 30 percent thinks that air pollution affects them from irritation to eyes, nose and throats etc. and asthma incidences.
On the other hand, only 6 percent respondents think that air pollution was affecting the lives of children.

More than 60 percent of respondents thinks that the pollution was out of there control. However only 20 percent thinks they can take initiatives to control pollution.

More than 91 percent respondents think that improving the environment was the responsibility of every citizen.

More than 85 percent of respondent views pollution as a problem.

More than 95 percent of respondents would like to contribute to a cleaner environment.

Only 6.29 percent of respondents were worrying for creating better environment for children. Over 6 lakhs children under 5 years of age die annually due to air pollution. (6) Evidence also suggests that air pollution leads to low birth rates, tuberculosis, asthma, cancer etc. and even affects cognitive development. According to a study, about 44 lakhs school children in Delhi suffer from irreversible lung damage which is irrecoverable. (7)

In spite of India moving toward better economy, India is miles away from pollution free. People plays an important role in making pollution free societies. The right education to people on pollution and its impact became necessary. Moreover, practicing to clean environment is not mere short-term process or programs but it has to be practiced on long term basis by all people.

Recent policies and missions were established by Indian Government to clean the environment. However, with India focusing on “Made in India”, encouraging industries to setup in India, the environment is at risk. It is now time for government to understand industry and pollution free environment can’t go side by side. The government have to soon launch strict policies on pollution and they have to further structure strategies development based on long term sustainable methods.